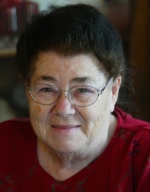 GINTER, Donna. (Montrose, SD, Apr.11, 1929--Dubuque, IA, May 28, 2013). "Mother on Main Street." Ginter's father brought his family to Asbury, Iowa, in 1941 after losing two sections of farm ground to droughts and grasshoppers. He opened Gordon's Tap, dance hall and gas station. She went to school at the IMMACULATE CONCEPTION ACADEMY and later graduated from the DUBUQUE BEAUTY ACADEMY.

Donna began her career working at the family business in Asbury. She married Joseph E. Ginter on October 1, 1948.

Beginning in 1949, Donna and Joe owned NAVY CLUB (THE) on 4th and Main Street. During URBAN RENEWAL in the 1960s, the business was moved into what had been the GERMAN SAVINGS BANK. Over the years, the Navy Club was renamed the Broken Spur and finally the SILVER DOLLAR. Ginter's renowned hospitality included letting customers charge their food until the arrival of their next Social Security check. According to Ginter, "We raised seven kids out of here. We got by. We ran a neighborhood place, a working man's place. And we always tried to take care of the old bachelors and the widowers."

In May of 1980 to give herself more time for visiting children and grandchildren she relocated her business activity to the WEST DUBUQUE TAP. (1) 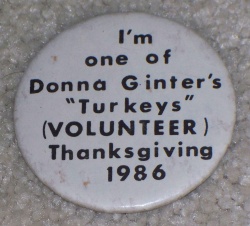 Ginter's free Thanksgiving dinners to those in need established her as a leader in Dubuque philanthrophy. Initially Ginter invited six homeless people to her house for Thanksgiving. To help more people, Ginter successfully sought help with the dinner from local organizations and volunteers. (2)

In 2007 her leadership of the effort led to meals serving 2,400 people including some taken to people's homes. In 2009 the number had grown to 2,542. To help defray costs of the free dinner, Ginter began hosting the CATFISH FESTIVAL in 1991. (3)

In 1995 Donna Ginter was honored by the TELEGRAPH HERALD with its FIRST CITIZEN AWARD. In 2009 in honor of her 47 years of organizing Thanksgiving dinners for Dubuque residents, Mayor Roy D. BUOL on behalf of the city council, staff and citizens of Dubuque proclaimed April 18, 2009 as "Donna Ginter Day." (4)

In 2021 the Dubuque community came together to help Donna's extended family to serve and deliver hundreds of free thanksgiving meals to anyone who wanted them. The event ran from noon to 2pm Thanksgiving day. Visitors could sit down for a meal with turkey, mashed potatoes, gravy and all the other classics. Approximately 350 people also volunteered to help serve and deliver around 1,400 meals to shut-ins, seniors, disabled individuals, and veterans. 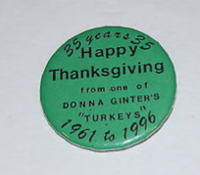 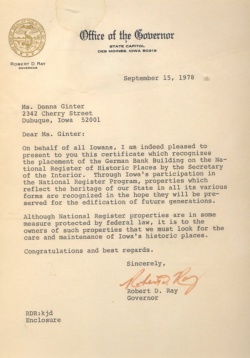 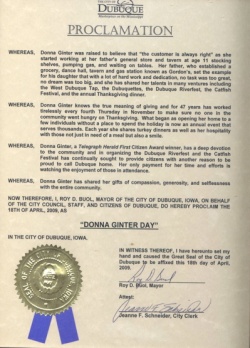